Often, friends come to me asking about their car overheating and / or losing coolant and these are the things I check to find the cause of the car overheating.

If you are unfamiliar with the cooling system on cars, I suggest you read the entire post.

First thing I do is check the level of the coolant in the car. If there is coolant, then we know that we don’t have to look for a leak, but chances are that the car had some coolant loss because of the overheating. After your visual inspections, you can refill the coolant to the proper level.

I also look at the condition of the coolant, is it yucky? does it have any oil in it? If you see oil…. uh oh… cylinder head gasket.

A friend had a bad head gasket caused by overheating, when we started the car with the radiator cap off… BOOM! A huge geyser caused by the pressure of combustion chamber entering the cooling system! 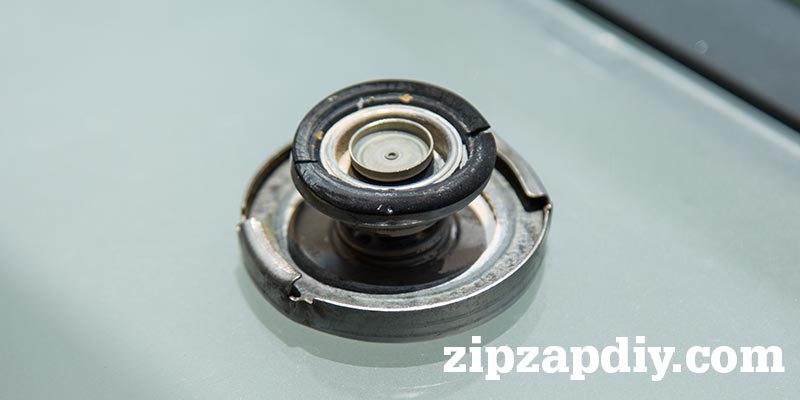 You would be surprised how often I find this to be the main culprit causing overheating in a car. To diagnose, remove the cap, take a look at the seal, if it is dry and cracked… replace the radiator cap and refill the car with coolant. If you have an original cap on the car and the car has some age to it, replace the cap anyway. Part of the radiator cap is a spring that regulates the pressure in the cooling system, you cannot detect a failed spring without testing equipment… unless it has fallen apart!

After you replace the cap, fill the coolant to the proper level and over the next few days, monitor the coolant level at every startup and temperature when driving, if you see no loss and the car runs in normal operating temperature you are in good shape! You probably found the problem!

Radiator caps and reservoir caps are cheap enough, i will usually replace them when working on anything cooling related.. http://amzn.to/2cFeqCI

A visual inspection of the hoses may sometimes reveal an obvious failure, or a hose that is leaking at the joints. If you are lucky, you’ll see a wide open split hose on the top of the engine. You can stop your hunt and replace the hose! If no obvious splits, you should take a flashlight and inspect the hoses, looking for coolant escaping at the joints or small splits at the joints. Give the hoses a good squish and if they are supple and pliable, then they are good, if they are dry and hard, replace them when you can.

If you have a bad radiator and you’re lucky, it will fail catastrophically and it will be obvious!

Radiators can also clog up internally causing circulation problems. To repair this, you would need to flush the cooling sytem, remove the radiator and have it professional cleaned. Due to the time and expense, and age of the radiator, it is usually just a good idea to replace the radiator completely.

Radiators can clog up externally as well. All those bugs and leaves and road yuck… that inhibits the radiator cooling fins from doing there job. If you radiator is super yucky, clean it out. This clogging of the radiator is a real problem on Porsche cars. The radiators are mounted down low in front of the front wheels, and they have scoops designed to grab air as well as all the road yuck and funnel it strait to the radiators. When I first got my Boxster, it was always running hot and what was causing the car to run hot was fully clogged radiators. It was amazing how much junk was stuffed in the radiator and between the radiator and the a/c condensers.

After a visual inspection of the engine and cooling system, I will usually check the circulation of the coolant while I am checking the fans.

I refill the coolant to proper level, then start the car and keep an eye out for any leaks.

As the car warms up, I will feel the upper radiator hose with my hand. At start up it should be cold, as the car warms, it should remain cool, when the car reaches operating temperature, the hose should start to get very hot as thermostat opens and the water pump pushes coolant through the cooling system.

Water pumps are always on. They are usually driven off of the main serpentine belt and run continually. A water pump will not present an intermittent failure, they fail or do not fail, there is no try. If you have a general circulation problem, it is usually not the pump, because even when they are dying (except for rare impeller failure), they still push coolant through the system at the same speed they did when new.

The shaft seal fails. At the early stages of a shaft seal failure, you will still have good bearings with no noise, but you will likely have coolant loss through the weep hole. You will see the residue of coolant around the hole, usually underneath the water pump… this is usually a hard place to see on small cars as it is often concealed behind the time belt covers. This is a reason why when you replace the timing belt on a car it is prudent to replace the water pump as well. This type of failure will progressively get worse, do not ignore or nurse the car along.

The Water Pump Fails Completely. When a seal failure and bearing failure are ignored or undetected they will fail catastrophically. You will have hot coolant rushing out by the shaft by the disintegrated bearings… I know this from personal experience on my Porsche! 🙂 While I was waiting for the tow truck, I had plenty of time to think about that coolant I saw at the weep hole when working on the suspension… and ignored.

The impeller fails. Sometimes the impeller on the water pump dies and falls apart, this is almost exclusively a problem on cars with plastic impellers. This type of failure will likely cause a water circulation problem, and can clog a radiator. It is an uncommon failure, but possible.

The scapegoat for overheating in a car is often the thermostat, and like any scapegoat, it usually is not the problem!

Most thermostats fail in the open position. This does not cause over-heating! What this means is that the car takes longer to warm up since the coolant is flowing into the radiator and being cooled off before it gets a chance to get up to operating temps. Sometimes you a car will present a check engine light when it knows that it is taking longer than it should to heat up. If your car is not smart like that, then you will notice that the temperature slowly rises and on short trips it won’t heat up very much at all. My old Chevy truck had this type of thermostat failure.

in the unlikely event of a closed thermostat failure, the car will quickly overheat and sometimes will blow out another part of the cooling system, like a hose or gasket.

It is common practice when replacing another part in the cooling system, due to the inexpensive cost of a thermostat, and the hassle of draining the coolant and expense of the refill, replacing the thermostat is prudent. If you have a mechanic that lists a thermostat replacement with a radiator or water pump job, this is why and in my mind is a wise thing to do at the same time  if the additional cost is not outrageous.

Cooling fans are a common failure. They use electric motors that wear out. When they do, they will either make a lot of noise or most often just stop spinning. Commonly when your car overheats because of a bad fan, you will notice that when you sit in traffic the car gets hot, when you start moving the car cools down, this is a dead giveaway that your fan is probably toast.

Many cars have two cooling fans, one is a radiator fan and it runs when the car gets above operating temperature and the other is a condenser fan that runs when the air conditioning is on.

To check the fans, fill the coolant to proper level, then start the car, as the car heats up turn on the air conditioning on, one of the fans should turn on, this is the condenser fan, if it doesn’t then this explains your not so cold a/c!

When the car reaches operating temperature, the other fan should turn on, if it does, good news. The only rare concern is that fans can fail intermittently.

If the fan does not turn on, you need to test it. This test will require some exploring and knowledge of the wiring of your vehicle. This may be best to have a mechanic confirm that it is bad, or you will need to spend some time educating yourself.

If you are game, this is how you test the fan.

If the fan checks out and works, then the car is not telling it to turn on. Things to check in this case are the cooling fan relay, fuses, sensors, etc. I have rarely encountered a cooling fan problem cause by anything other than a bad fan motor. It has been my experience that the cooling fan relay is the most common culprit if the fan tests OK.

Replace the Thermostat on a Chevy Truck 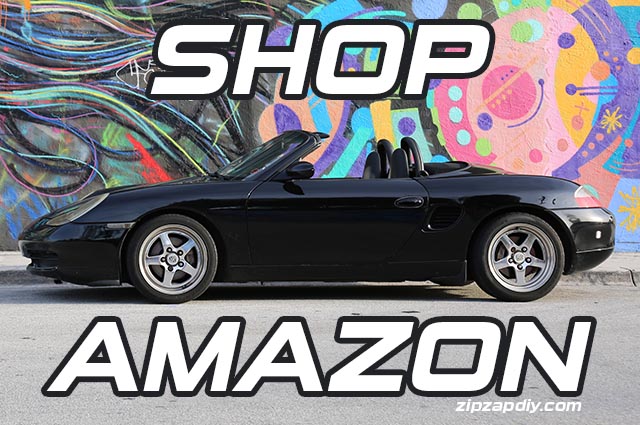